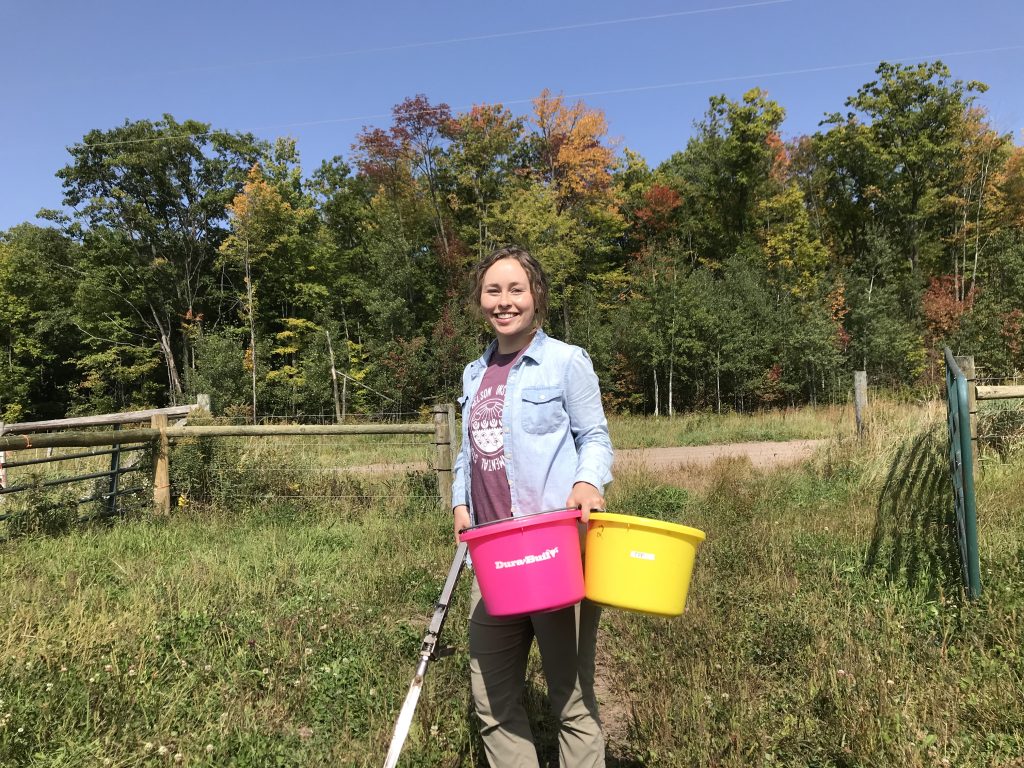 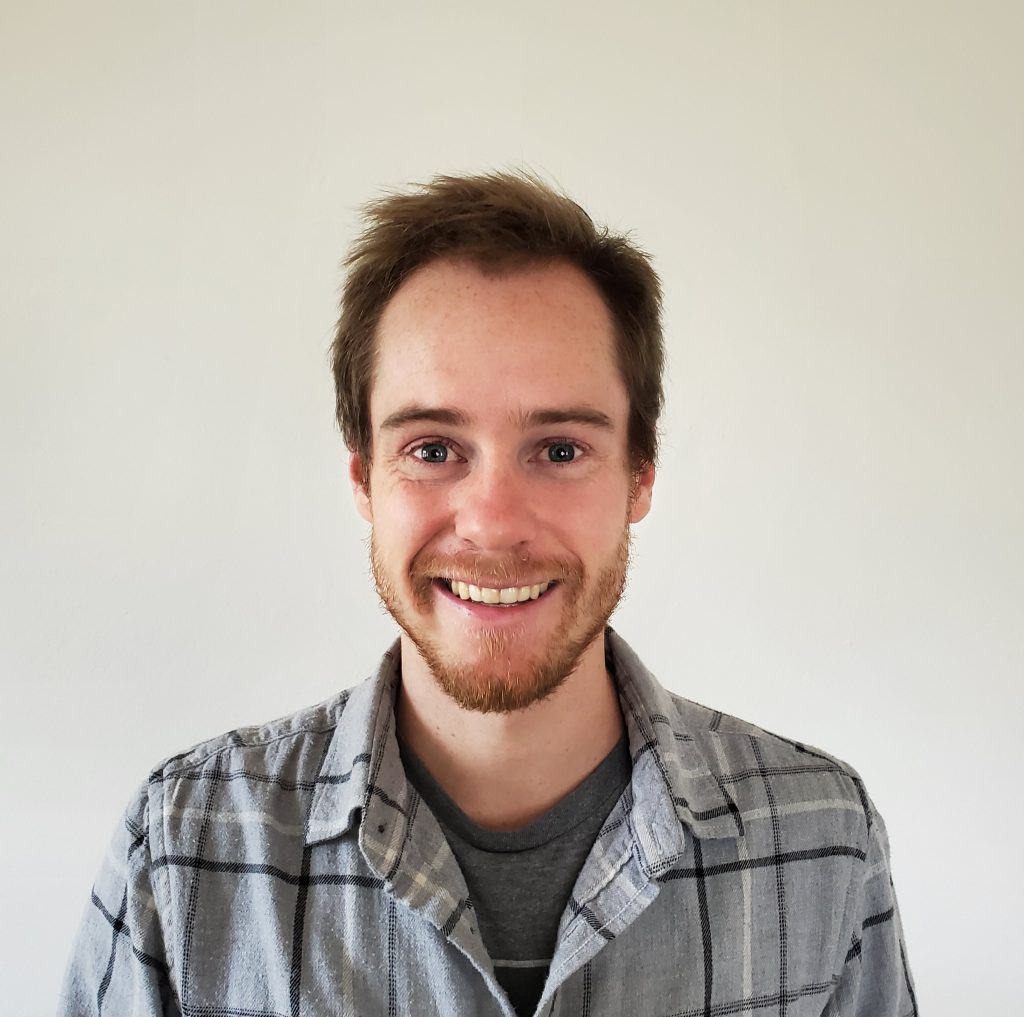 In Ryan Geygan’s summer project, several mapping techniques were utilized to create maps of the Corn Belt, which will lend to future research on cover cropping. 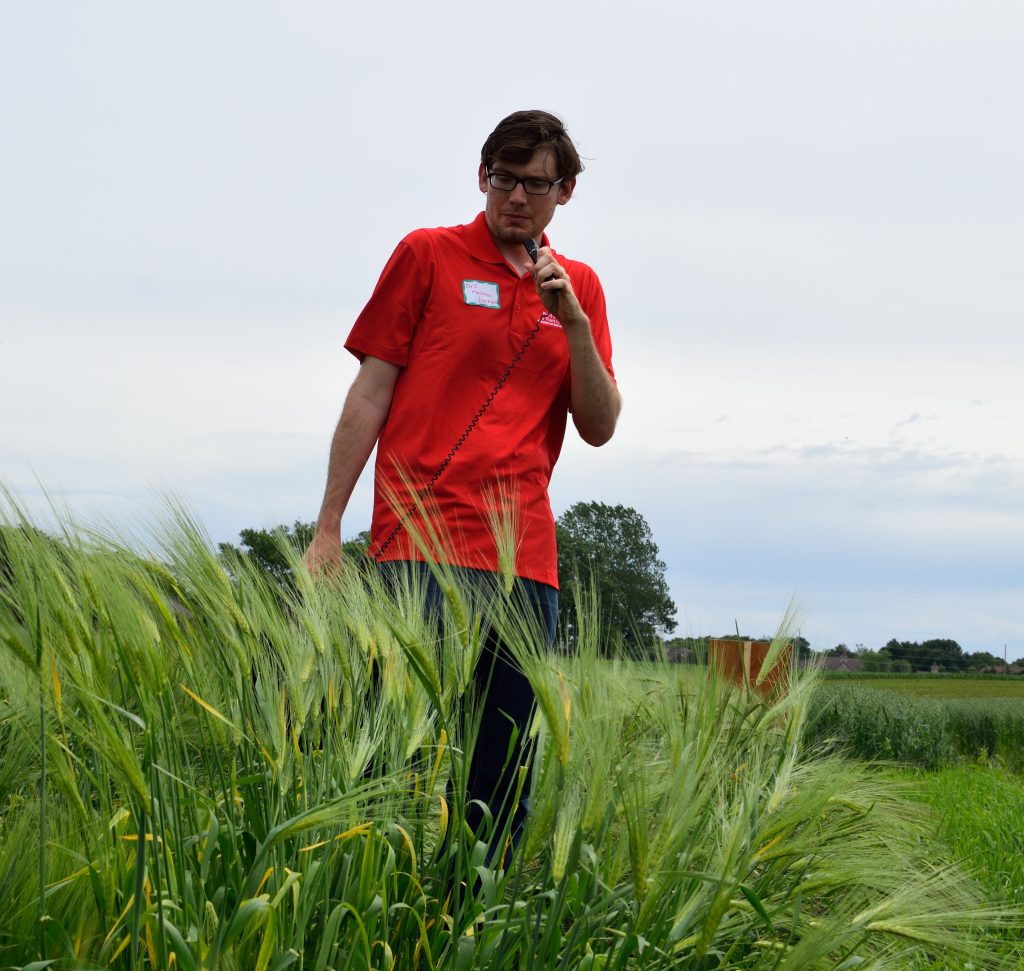 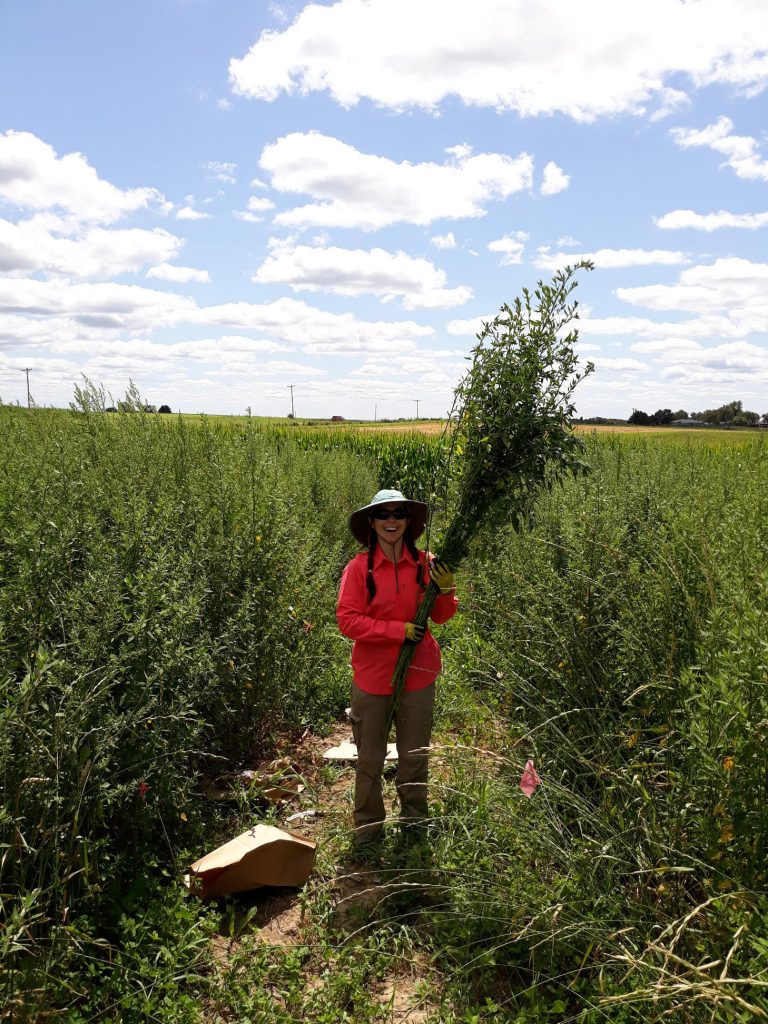 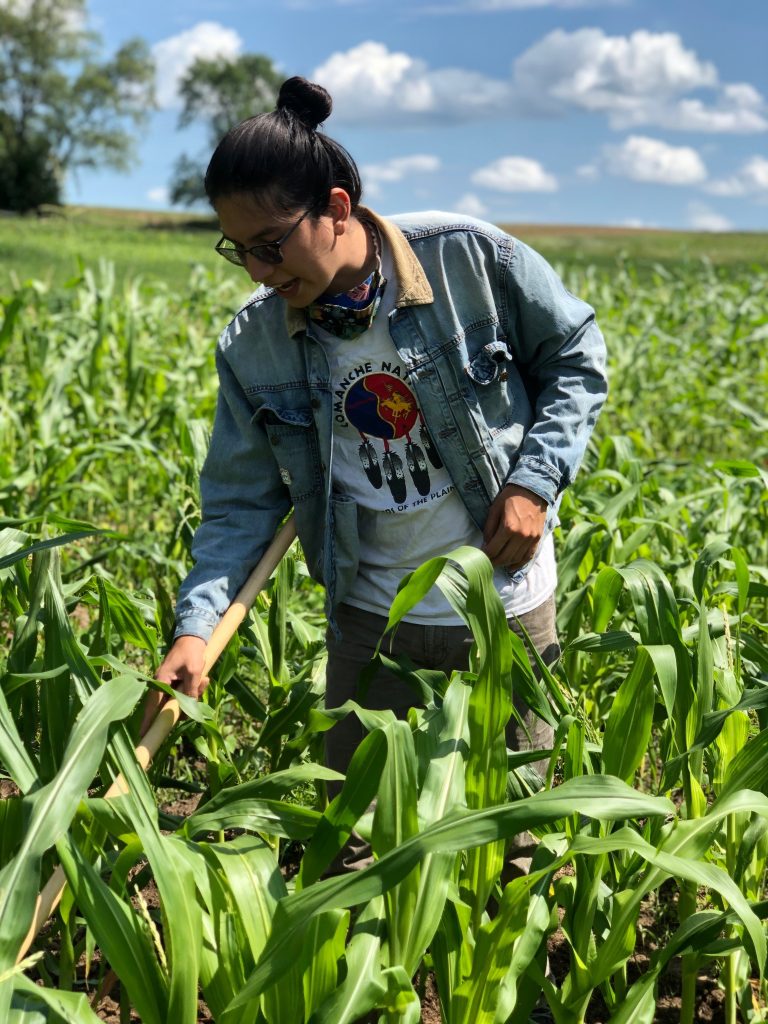 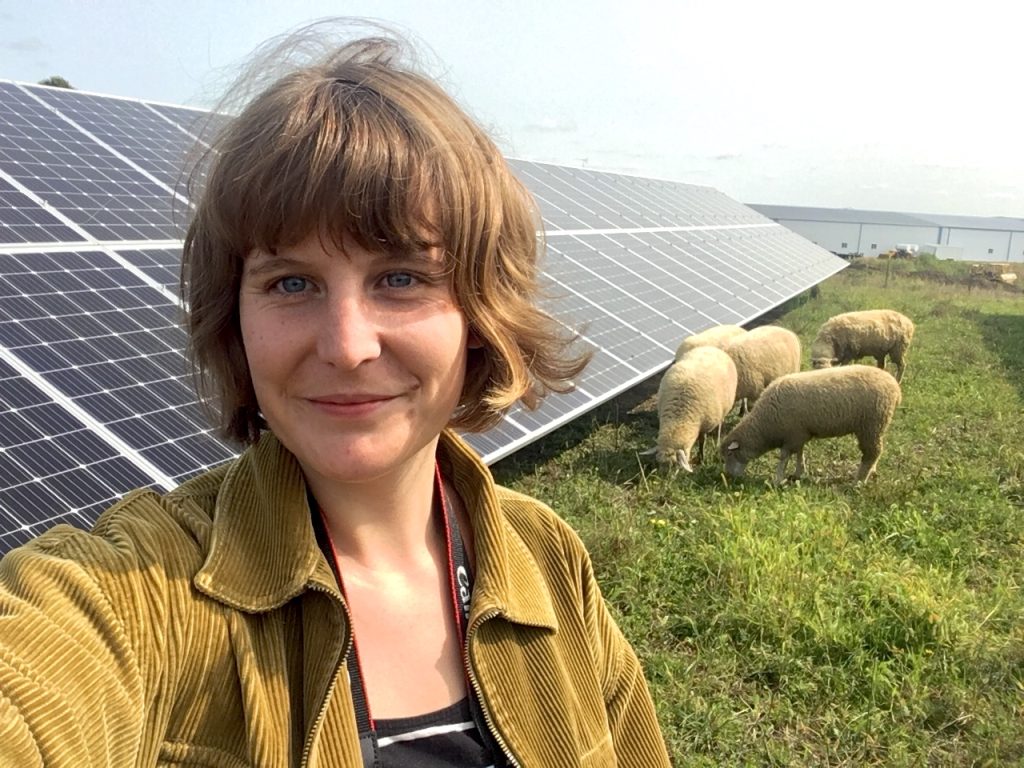 Through interviews and participatory work, Margaux Crider explored the ways in which religion links to agricultural and environmentalist efforts. 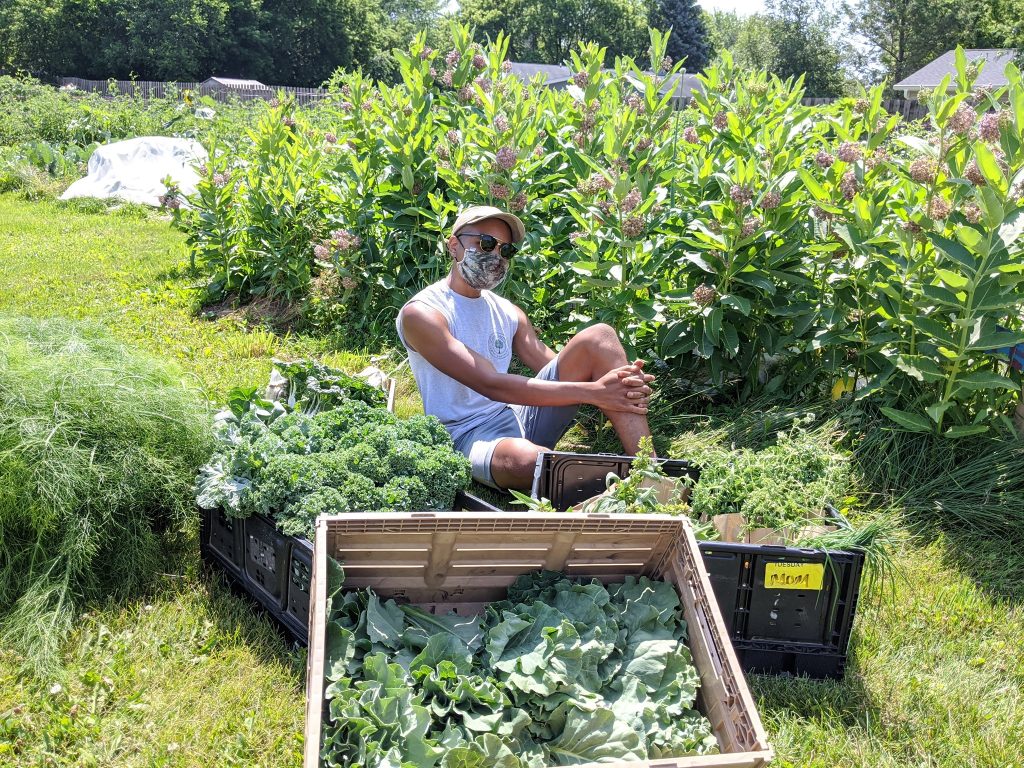 Rooted in food justice and environmental education, Christian Keeve, brought awareness to Black-led agricultural and culinary initiatives through his project. 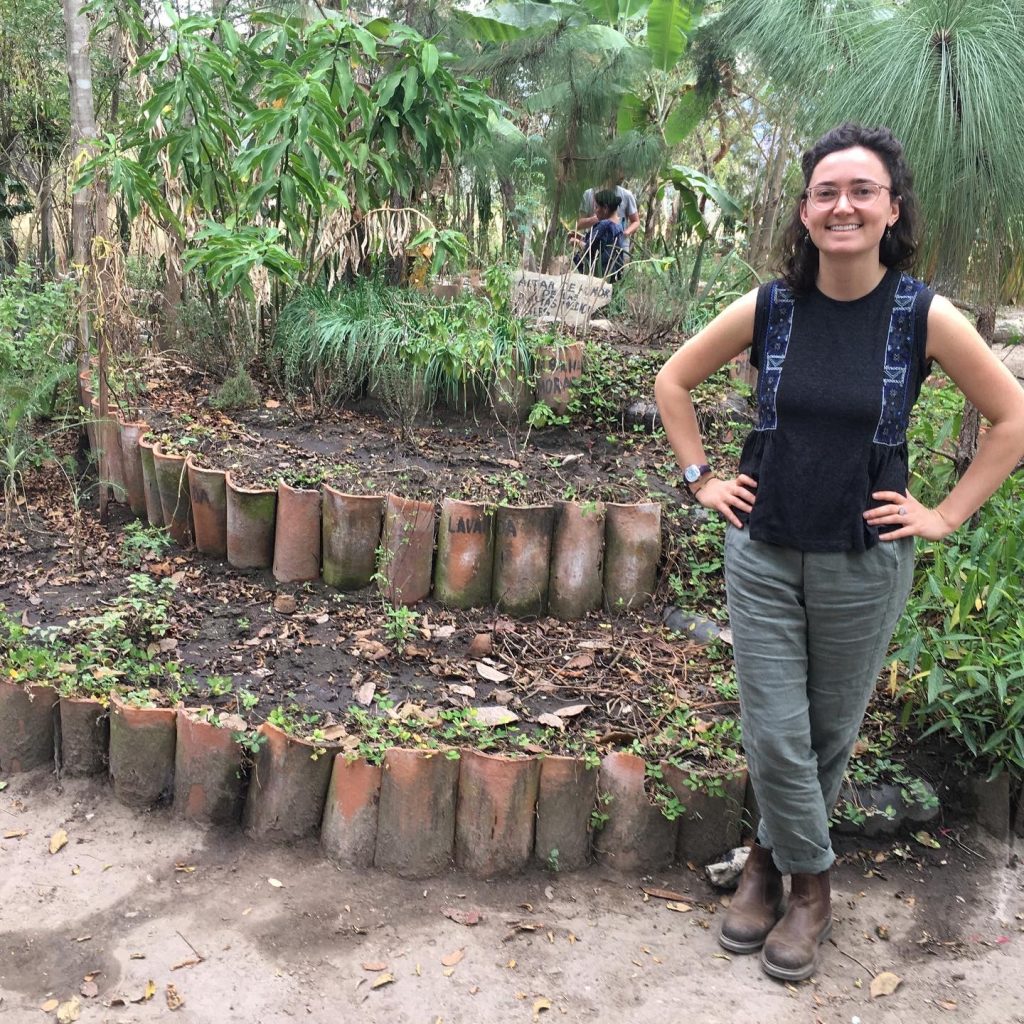 Anika Rice strived to highlight the impact of COVID-19 on farming operations in Rabinal, Guatemala.

Multiple soil samples were taken from farms in Wisconsin with the desire to understand why farmers choose certain grazing practices and the significant changes of organic carbon levels in the soil due to such decisions. In addition to soil extraction, growers were interviewed for qualitative data collection. Statistical analysis, post-mineral-associated and particulate organic matter, took into account whether or not the origin of the soil was pasture or cropped. Later, we aimed to find the most influential variables to carbon level variances in soils. Examples included farmer decisions on managing land of environmental variables.

Due to evidence in previous research that intermediate wheatgrass such as Kernza have the potential to increase total usage of forage and lack harmful effects on grain yield, this project aimed to verify if such findings hold true. Assessing intermediate wheatgrass and red clover pasture in Fall River, WI, supported existing claims. It is the hope that research on perennial grain and forage crops continue.

This project explored the possible ways in which religion might contribute to agreocology.  by interacting with a community of Catholic nuns near the Sinsinawa Mound in Southwest, WI. The population utilizes oak savanna restoration projects, rotational grazing, and environmental education. Interviews and video footage from this summer will be used in a documentary film.

Mapping the cover crops along the Corn Belt has yet to be done in a way that grants insight into the decision making of farmers. During the summer, we aimed to research and develop affordable and stream-lined mapping techniques. Several maps of cover crops present during the years of 2011-2018 were developed. These maps then aimed to compare patterns of cover cropping to possible environmental and social determinants. This in turn, would hopefully provide reasons for why farmers utilize certain crops and planting techniques.

The overarching theme of this project was to simulate diverse cropping systems in order to see the interactions between the microbial communities in the soil and the crops themselves. This specific project, with the help of the Oneida agricultural co-op, Ohelaku, and Dan Cornelius diverse corn varieties, intercropping with different cover crops, and interseeding directly with no-tillage were used to assess corn productivity.

This project aimed to bring awareness to the existing programs and initiatives relating to Black communities through agricultural experimentation, environmental education, and food justice. In particular, seeds of Black diasporic crop varieties were saved for further efforts of adapting such crops to the local Wisconsin climate. In addition, crops were grown at Eagle Heights community Gardens and West Madison Agricultural Research Station (WMARS), harvested, and delivered to the Badger Rock Neighborhood Center.

In contrast to other grain types on the market, naked barley is proving to be an efficient and health-beneficial grain option. Though US production of naked barley has taken place in conventional environments, programs like the Naked Barley Project are dedicated to cultivating breeds of the grain that are suited for organic growing conditions.

This summer project aimed to expand dialogue about organically grown naked barley with farmers and growers. The grain in this study was grown in the fall in Madison. Participants such as growers, researchers, brewers and bakers were shown photos and videos of the grain fields during two optional calls. The primary takeaway from discussions on the field trials that were more were needed to identify potential advantages and disadvantages of growing naked barley on farms.

This remote study aimed to learn about farmer response and adaptation in Rabinal, Guatemala during the COVID-19 pandemic. Focused on asking questions such as how changes in local market places, access to seeds and other inputs, mobility restrictions and human migration patterns have altered the work of agroecological practitioners.