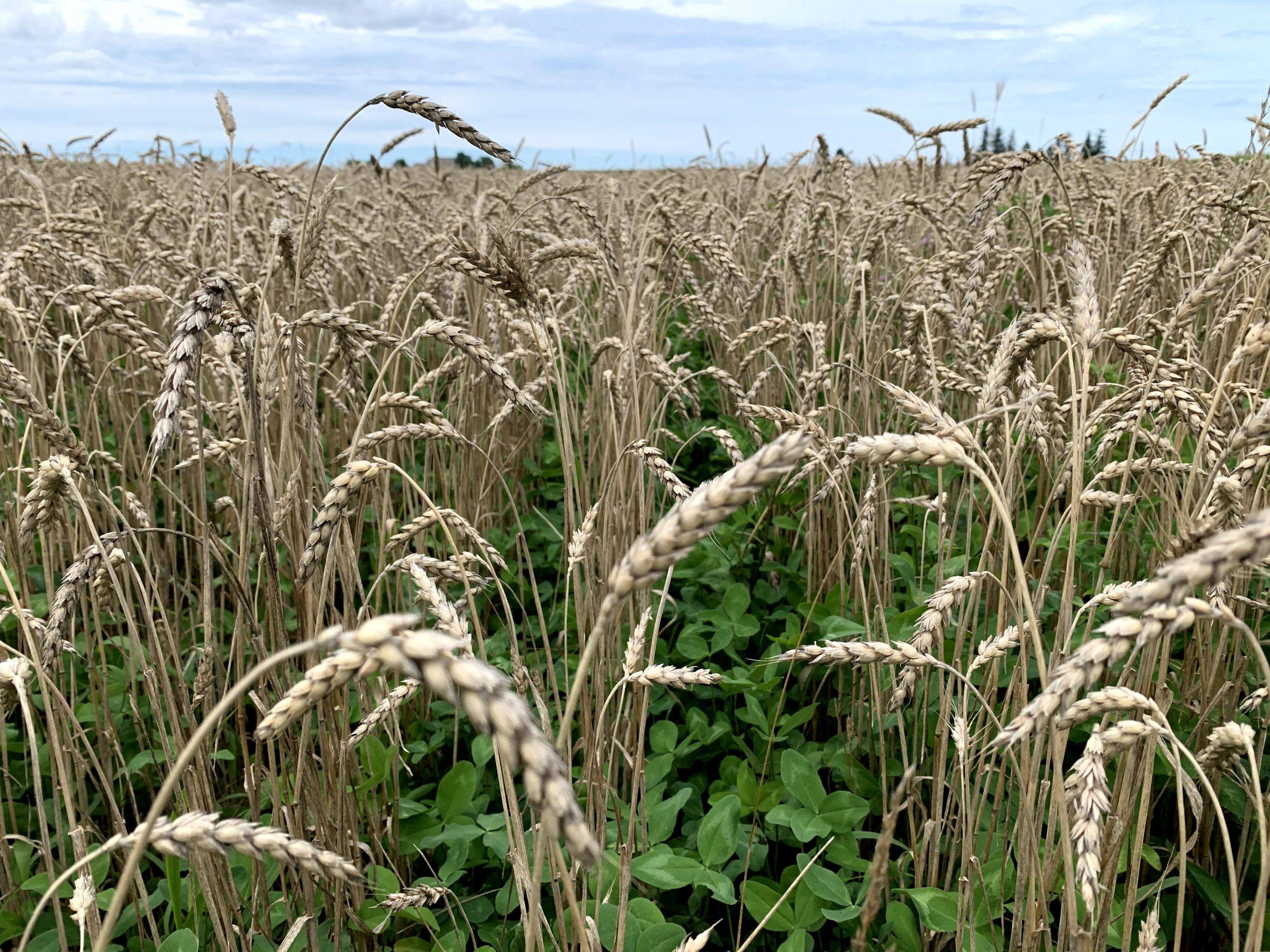 The Center for Integrated Agricultural Systems (CIAS) is a research center at the University of Wisconsin-Madison’s College of Agricultural and Life Sciences.

CIAS was created in 1989 to build UW sustainable agriculture research programs that respond to farmer and citizen needs – and involve stakeholders in setting the research agenda. 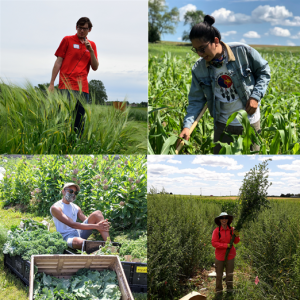 Our research shows farmers can cut costs, increase profits, and improve their quality of life while enhancing the environment. 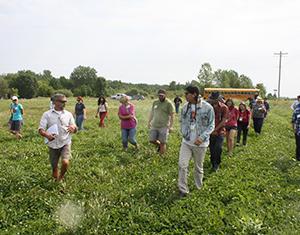 How we build community

CIAS programs are unique because of our commitment to involve citizens, practitioners, and academics – representing diverse disciplines – as partners on our research teams.

Our research and outreach benefits small and medium size farms and food-related businesses of any size or scale. 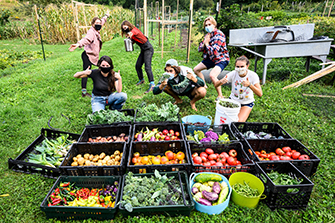 We emphasizing participation and action by members of our communities affected by our research. We seek to understand the world by trying to change it, collaboratively and with reflection. 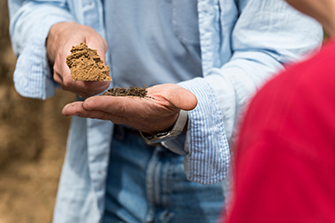 Our research strategy crosses many disciplinary boundaries with the end goal of creating a holistic approach to support the Wisconsin Idea. 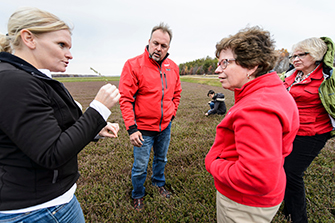 We believe that the system is a sum of its parts, and that each part interacts, and in some cases influences each other.  In this way, we think it’s important to learn by observing behavior within the system.

Examples of how the Center For Integrated Agricultural Systems fulfills the Wisconsin Idea, bridging UW-Madison and the rest of Wisconsin.

How farm resources is assembled within its environment.

All of the interactions and people involved along the food value chain.

Initiatives where CIAS is involved in the latest innovations in the farm industry.

Including Organics, Grassland 2.0, Agriculture of the Middle, and other current research topics.

Our Faculty Associates and Associate Staff are formally affiliated with CIAS. Their work, practice and/or interests intersect with our mission, vision and goals. While most are College of Agriculture and Life Sciences faculty or staff, our Associates represent colleges and schools across the university.

Benefits of being an Associate include invitations to our events, collaboration and networking opportunities, and eligibility of graduate students for the CIAS mini-grant program.

While there are no formal requirements for Associates, they are strongly encouraged to attend Citizens Advisory Council meetings and serve as reviewers for our publications.

If you are interested in being a CIAS Associate, please email your CV and a few paragraphs explaining your thoughts on how you might collaborate with CIAS to Michel Wattiaux, CIAS director: wattiaux@wisc.edu. 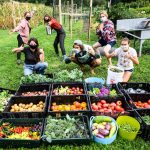 A student organization working to promote sustainable agriculture at the University of Wisconsin-Madison.

From its inception, part of our charge has been to work with a Citizens Advisory Council (CAC) that provides oversight and input in our programs. The Council brings the perspectives and experiences of small and mid-size producers and businesses to the Center for Integrated Agricultural Systems and the College of Agriculture and Life Sciences.

About the Citizens Advisory Council
+Members

Kat Becker
Kat owns and operates Cattail Organics farm, which grows and markets fresh vegetables and mushrooms through both wholesale channels and CSA. Kat holds an M.S. in Rural Sociology from UW-Madison. cattailorganics.com

Dan Cornelius
Dan Cornelius, a member of the Oneida Nation of Wisconsin, provides technical assistance to American Indian Tribes and Native producers. He also grows Indigenous corn, beans, and squash, as well as harvesting wild rice and ranching in his free time. iacgreatlakes.com

Andy Diercks
Andy is a fourth generation potato grower in Coloma, located 60 miles north of Madison. With his father, Steve they operate Coloma Farms, Inc., a 2,700 acre potato and grain farm. Both are very active within the Wisconsin Potato and Vegetable Growers Association (WPVGA) and serve on several committees related to marketing, research, and government relations. Coloma Farms and the WPVGA work pro-actively with researchers and leadership within the UW system to address issues in the vegetable industry. Andy received a BS from UW-Madison in Agricultural Engineering and currently serves on the DATCP board.

Mark Eslinger
After 36 years in dairy farming, Mark Eslinger retired in 2015. He is helping a new family transition onto his farm, which was in Mark’s family for 100 years. An advocate for managed grazing, Mark used “What would nature do?” as the guiding principle for operating¬ his farm. He transitioned his farm to organic in 1986, before most people knew what organic food was, and he was at the meeting in Viroqua where the idea for Organic Valley came up. He has served on several committees with Organic Valley and served as a Master Grazier for the Dairy Grazing Apprenticeship Program.

Greg and Wendy Galbraith
Greg and Wendy Galbraith farmed in eastern Marathon County starting in 1991. They began implementing rotational grazing as a means to feed their dairy herd almost immediately, and spring seasonally calved for the majority of those years. They transitioned the farm to organic before selling it.

Andy Gehl
Andy is a 4th generation food manufacturer. Established in 1896, Gehl Guernsey Farms (Gehl Foods) evolved from a regional dairy to a national aseptic manufacturer and co-packer with $250 million in annual sales. Andy gave up the position of president in 2011 to focus on healthier opportunities. Andy’s new company, Contract Comestibles, is focused on small batch manufacturing of sauces and dressings. Contract Comestibles is certified FDA, USDA and organic and regularly works with farmers and entrepreneurs looking to expand into the retail trade. Andy remains on the board of Gehl Foods in addition to holding a seat on the Leadership Council for Food and Beverage Wisconsin. www.contractcomestibles.com

Clara Hedrich
Clara taught high school agriculture for 39 years. Her family started milking dairy goats and shipping milk in 1996, and has since built a vertically integrated agricultural enterprise. Four of her five children work in this family business. In addition to milking 800 dairy goats, they run a creamery where about 35 different varieties of cheese and yogurt are prepared on site, a retail store with locally sourced products, and a café featuring locally sourced food prepared in house. They are gearing up to bottle their milk in house. Additionally, they sell caramels made from the butter and cream, goat meat, and hand soap, liquid soap and lotion made with their goat milk. www.laclarefamilycreamery.com/

Clare Hintz
Clare farms in northern Wisconsin, near the Apostle Islands National Lakeshore. She runs a winter CSA featuring fresh greens and storage crops, plus treats like apple butter and apple cider. She specializes in perennial fruits and nuts as well, and she has a small market garden featuring heirloom vegetable varieties. She also raises laying hens. She manages her farm following permaculture principles and organic standards. www.elsewherefarm.com

Kevin Kiehnau
Kevin started dairy farming in 1979, doubled the size of the farm in 1985, made the switch to rotational grazing in 1992, certified organic in 1994 and started shipping organic milk in 1995. In 2005 he sold the dairy herd and started to raise organic beef, cash crop and work for CROPP Co-op (Organic Valley) part time. Kevin took a full time position with CROPP in 2008 and sold the farm in 2012 after becoming a division manager for the co-op. Kevin has served on the Board of Directors for Equity Livestock and the Dairy Executive Committee for Organic Valley, and has served on many other committees with in those organizations. Kevin is currently on the advisory committee for the organic program at NWTC Green Bay. He believes that helping organic farmers become better managers and helping young people become farmers are two ways we can protect the rural infrastructure and the environment, and put people back on the land. www.farmers.coop

Joel Kuehnhold – Council Chair
Joel Kuehnhold owns Lonely Oak Farm near Milladore, WI. His highly diversified farm is in the process of becoming certified organic. Over 100 head of sheep and a small herd of beef animals are rotationally grazed on 80 acres. His operation includes feeder pigs, 300 laying hens and two acres of vegetables. The farm’s unique location within a wildlife area encourages management techniques that work in harmony with nature. Joel has built an on-farm certified kitchen where produce from the vegetable fields is processed and sold under the farm’s label. Joel was the agricultural education instructor at Lincoln High School in Wisconsin Rapids, where he emphasized the importance of practicing sustainability in agriculture. His classes were nationally recognized for their involvement in farm to school initiatives.

Scott Mericka
Scott Mericka is a first-generation dairyman. He and his wife Liana bought Uplands Cheese Company and Grass Dairy in 2014 with business partners Andy and Caitlin Hatch. Together, they run a pasture-based dairy located in rural Dodgeville. They milk 200 crossbred cows in a closed herd on 600 acres of owned and rented properties. They grow a variety of crops from forage sorghum, corn, forage brassicas, oats and peas, and grass-legume hay. Their diverse perennial pasture is the farm’s centerpiece, and Uplands Cheese Company adds value to the high-quality milk their cows produce. www.uplandscheese.com

Laura Paine
Laura Paine and her husband raise grass-fed beef on their 82-acre farm near Columbus, WI. Laura is an agriculture educator, having held a number of grazing education, research and market development positions in Wisconsin over the last 20+ years. She spent eight years as Grazing and Organic Agriculture Specialist for the Wisconsin Department of Agriculture, Trade and Consumer Protection, assisting producers in developing and marketing organic and grass-fed products. She has also done grazing research and education at the University of Wisconsin and worked for seven years as an Extension agent. She worked for Southwest Badger RC&D as a grazing broker, bringing together non-farming landowners with livestock producers for pasture leasing partnerships. Laura Paine currently serves as the outreach coordinator of the Grasslands 2.0 project, a UW-Madison led effort which seeks to reshape Midwestern agriculture as a perennial, livestock-integrated, grazing-based system in the image of the original native prairies.

Jay Retzer
Jay and his wife Heidi farm 520 acres of grain and alfalfa near Fond du Lac. In 2018, they opened Ledgerock Distillery on their farm to add value to the grain they produce. They currently make vodka, gin and whiskey from their corn and wheat. They also grow alfalfa and corn silage for nearby dairies. Jay graduated from UW-River Falls in 1992 with a BS in Agronomy. He worked as a farm manager, sales agronomist, and agricultural loan officer, and is now a dairy lending specialist at Compeer Financial.

To sign up for the CIAS email update list, please send an email message to Jacob Grace: jacob.grace@wisc.edu. Once you’ve signed up, we will periodically send you notifications about new publications and other news from CIAS.